The next focus on copper-catalyzed reactions is direct C-H functionalization.  You may be able to tell from past posts that I have a special place in my heart for direct functionalization of C-H bonds.  A few recent papers use copper to achieve these kinds of reactions; I'm going over 2 here, bulleting the key points so that there aren't paragraphs upon paragraphs to read. 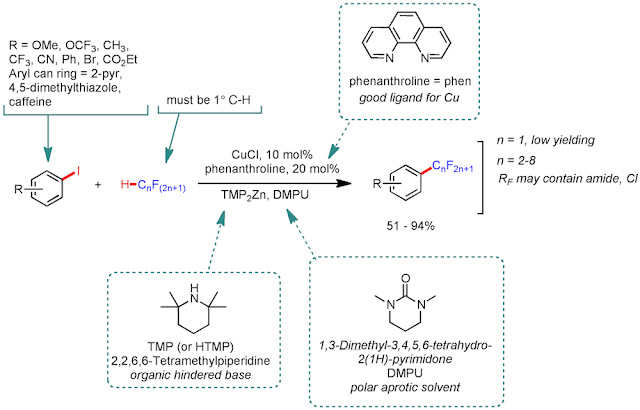 I particularly like the Daugulis paper because one doesn't normally think of polyfluorinated alkyl chains as being staple functionality to include in small molecule libraries in biologically active molecule discovery; this chemistry makes it highly accessible.   Early mechanistic studies support the following as the mechanism.

Anyone have a favorite reaction with copper in it?
Posted by Crystallinity at 3:14 AM 33 comments: 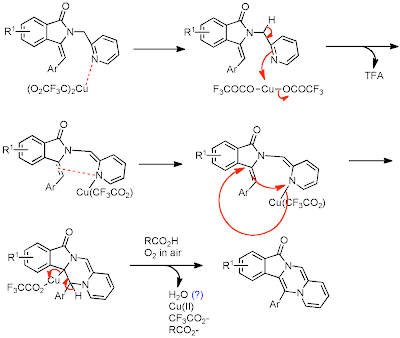 The inclusion of a potential mechanism was obviously included just out of necessity in a methods paper, and the arrows are pretty much what I could make of it.  The pyridinium nitrogen draws copper in close, bites it,  and isomerizes allowing the Cu-N bond to do some acrobatics and add across the double bond, followed by rearomatization and elimination of the barely-catalytic copper (I am of the school that views 20% as sub-stoichiometric, NOT catalytic).  But! My purpose in including this paper in this post was to demonstrate the cool stuff that copper can do that we'd normally just assume palladium would be used for, and to comment that I'd be interested to see what, if any, biological activity these structures offer.  Each day this week (or over the next 2 weeks) I will address a different transformation via copper catalysis.
Posted by Crystallinity at 10:51 PM 35 comments:

A Science Express paper (doi: 10.1126/science.1204183) just came out by Shannon Stahl's group (Wisconsin-Madison) featuring chemistry that can aromatize substituted cyclohexanones or cyclohexenones to phenols using a palladium catalyst.  This type of double dehydrogenation reaction has previously been difficult to achieve under reasonable reaction conditions, typically requiring complex catalysts, continuous-flow reactors, and/or extremely high temperatures.  No side products are produced in this reaction other than water.  The only downside to me is the DMSO solvent... I hate that stuff.  The conditions seem relatively straightforward - I can't believe someone hasn't found - or at rather, explored (see below) - this sooner!

1 atm O2 and the relatively low temperature (compared to ~200-550 typically reported in the literature) make this an easily achievable benchtop reaction. The conditions were developed with the reasoning that the catalyst should be relatively electrophilic, since the key steps in the presumed reaction pathway were C-H activation (to nab the electron density you'd need an electrophilic catalyst) and β-hydride elimination.   The tosylic acid protonates the dimethyl amino group, rendering the ligand even more electron-deficient, thus the need for it in the reaction to improve the yield. 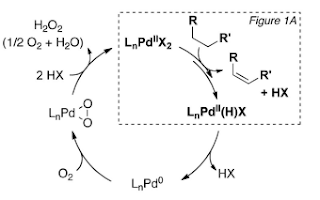 Figure 1A is the rationale for the transformation:

Electron donating and withdrawing groups are tolerated on aryl substituents, as are aryl ethers and esters, and halogens with the exception of para-bromide (28%) and iodide (16%), conveniently left out of the substrate table.  I'm sure the literature will reveal applications of this method to even more complex and highly functionalized systems, and hopefully the group continues mechanistic investigations so more reactions like this can be rationally developed.

It should be added that this is not the first time this type of reaction has been achieved at a reasonable reaction temperature with a palladium catalyst, but a previous (uncited!) Org. Lett. paper in 1998 saw phenol produced as a side product in selective dehydrogenation of ketones to produce allyl phenyl ethers, as in the following example from the screening table that produced undesired formation of phenol.

Posted by Crystallinity at 6:26 PM 7 comments: